Athens Ohio– Southeast Ohio’s local food system was praised as one of the best in the country at an event at Ohio University last Thursday sponsored by The Aspen Institute and moderated by New York Times columnist David Brooks.  The event was the 8thin a series on America’s Rural Opportunity (ARO) organized by Aspen’s Rural Development Innovation Group and the first ARO event held outside of Washington DC.  More than 350 people preregistered for the event and its live webcast, including about 100 people who attended in person.

John Molinaro, President of Appalachian Partnership Inc., Nelsonville, the event’s local cosponsor, opened by noting that: “Across most of the nation, organizers of regional food systems talk with pride about sourcing their food within their state or within 100 miles.  In southeast Ohio we talk about the 30 mile meal as if there’s nothing particularly special [about it].”  He also noted that local organizations and businesses “…are legendary among those trying to build local and regional food systems across America.”

Panelist Leslie Schaller of AceNET discussed how their USDA certified shared use food production facility “…is used 24/7 by local food entrepreneurs…” to produce products with the safety certifications that allow them to be sold in commercially in supermarkets and other stores.  Schaller also discussed how she fields requests from around the country to come talk about how those in Athens and southeast Ohio have built such a vibrant local foods economy.

Art Oestrike, owner of Jackie O’s Public House and Brew Pub and Bagel Street Deli, talked about how much help he had received from people in the community in buying and growing his businesses.  He especially noted all the help he received after the public house’s kitchen was damaged by the Union Street fire in 2016.  He said that they would have been out of business for months longer without the help of AceNET, which picked up production of all their home-baked breads and rolls.

Hocking College’s Dean of Workforce Development, Sean Terrell, discussed how the college has stepped up to prepare workers for the jobs created by the region’s food and beverage businesses.  He especially noted how their new “Fermentation Science” program prepared students in four tracks focused on fermenting beer, wine, distilled spirits and food products.

Moderator David Brooks asked questions about the impact of the food systems on the region’s economy and how businesses and organization worked together and helped each other. He also fielded questions from participants in the room and online.

At the end of the event, Molinaro wrapped up by describing how little money is returned to the local economy when customers purchase produce from California or Mexico, compared to buying local produce.  He noted that “…nearly every penny spent of local produce recirculates in the local economy…” while there is almost no local economic benefit from food purchased from afar.

Appalachian Partnership, Inc. and its sister organizations APEG and Appalachian Growth Capital are headquartered in Nelsonville and work to improve economic prosperity in the Appalachian counties of Ohio by fostering growth of private businesses. 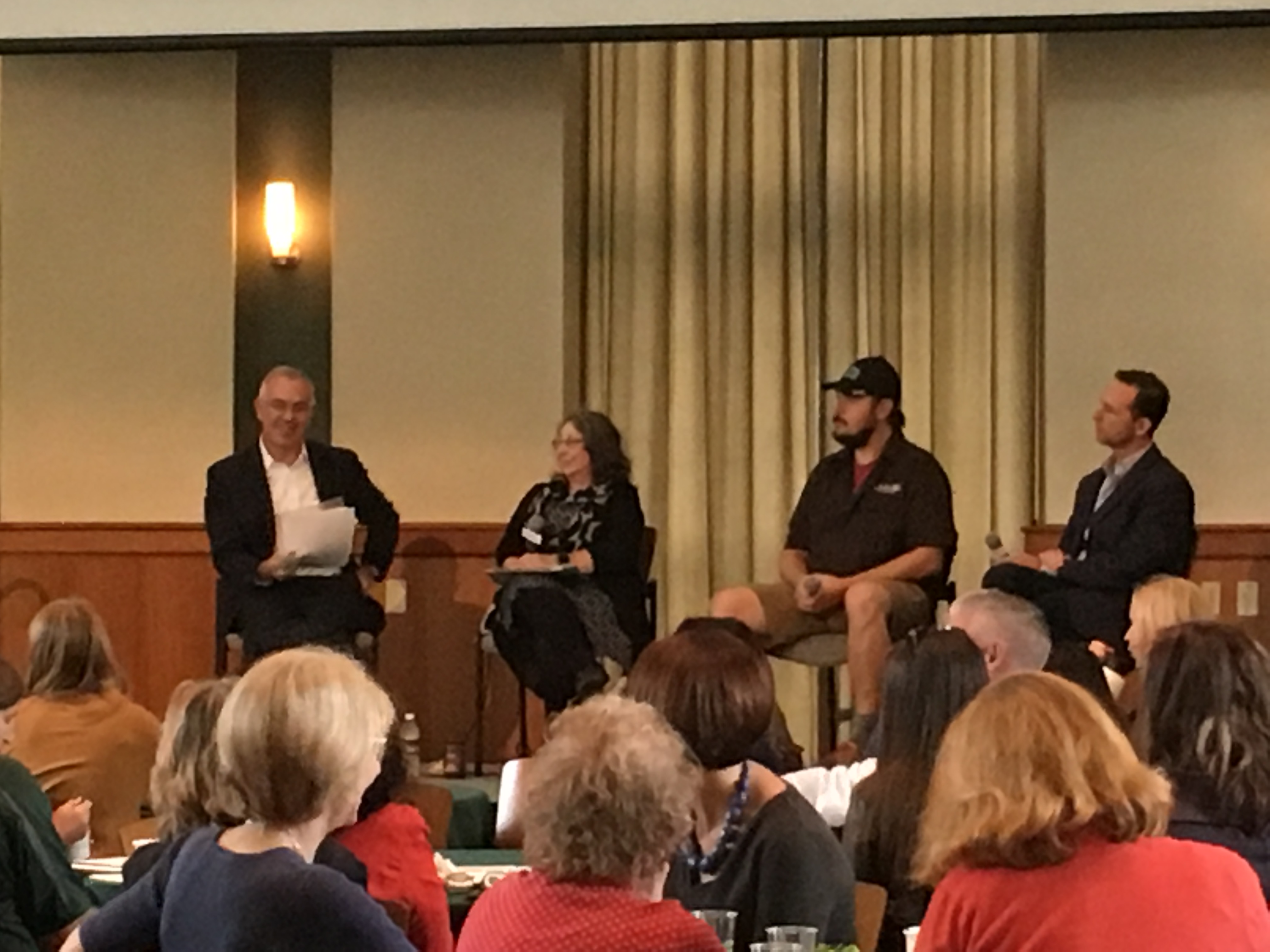